How Renovite nanoclays open up new opportunities in regenerative medicine

For anyone pioneering a new technology in regenerative medicine, it’s not long before you are asked what it is that sets your tech apart from the rapidly growing number of other competing technologies out there. It’s an important question because, like many areas of exciting opportunity, the research field of regenerative medicine has experienced explosive growth over the last couple of decades.

I think it is important to understand, however, what has driven this growth. Technological growth sometimes happens because new enabling innovations have come about which mean solutions that were, before, technically very challenging or even impossible, have suddenly become much more possible. Think of the tantalising medical possibilities of AI or CRISPR-Cas9 gene editing, for example. In this case an explosion of innovation occurs because something that was previously very hard has become (or, at least, appears to have become) considerably easier and more accessible.

Other times, almost the mirror image applies. Innovation happens because a compelling opportunity we originally thought to be within reach, turns out to be rather more elusive than we first imagined. In this situation, while the power of the idea continues to attract innovators and entrepreneurs, new technologies arise because earlier efforts at realising the potential opportunity fall short.

The innovative drive around regenerative medicine and biologics would seem to fall into this second category. The simple concept at the heart of regenerative medicine – that by activating the potential of stem cells we can regenerate diseased and damaged tissues – may have proven to be harder than we first thought, but the idea lives on and continues to inspire new concepts and technologies.

Renovite nanoclay provides, we believe, an elegantly simple and low-cost enabling technology with real potential to unlock the long-awaited promise of regenerative medicine.

The fundamental challenge facing regenerative medicine has always been the need to bridge the gap between the biological context of the stem cell and the clinical context of adult health care. As increasingly elaborate technologies have been developed to address the demands of biological complexity, the associated increase in cost, regulatory hurdles and technicality has meant that the gap between the stem cell and the clinic has seemed to grow rather than shrink as science has progressed.

Renovite nanoclay has unique potential to bridge this impasse in ways that other technologies have not been able to. The following features stand out: 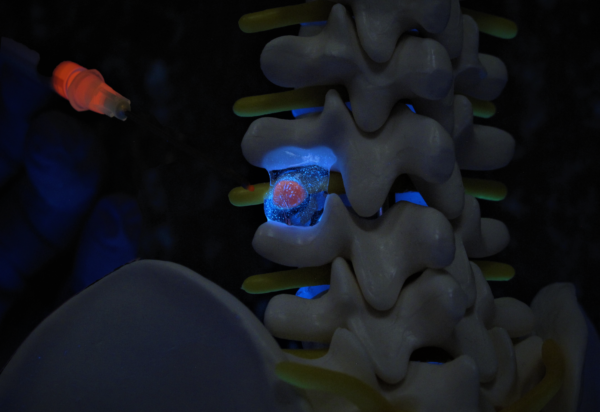 Renovite nanoclay has the potential to make the complex simple and drive new innovations in regenerative medicine. Since pioneering nanoclay gels over a decade ago with our first publication on “Clay gels for the delivery of regenerative microenvironments”, there has been significant growth in the use of nanoclays in biomaterial design. In a 2013 progress report on the opportunities nanoclays present we uncovered only a small handful of studies exploring the use of clay in this context. This review has now itself been cited over 200 times as more research groups have begun working on nanoclay all over the world.

Renovite represents the first clinical grade nanoclay manufactured for biomedical application. These are exciting times for Renovos. By bringing nanoclay to the clinic we hope to see renewed growth in the regenerative medicine sector as new, previously unrealised, opportunities for harnessing the potential of stem cells in healthcare begin to open up.

If you are interested in supporting our vision, please get in touch. 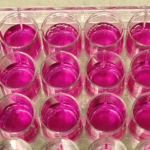 Nanoclays and regenerative medicine: a journey towards the clinic

We use cookies to ensure that we give you the best experience on our website. If you continue to use this site we will assume that you are happy with it.Ok